Daniel Cronin answers to many names – entrepreneur, start-up expert and presenter being just three of them. We talked to him about persistence, politics and how event hosting and feedback technology will work together in the future.

Daniel, you are a jack-of-all-trades, a “Tausendsassa” as we say in Austria, involved in a variety of different projects. Today I’d like to speak to you mainly about moderation and presentation. For how long have you been working as a host and presenter?

It’s hard to say, as I’m actually an entrepreneur who slipped into presenting. The first big event must have been Startup Week 2011, followed by Pioneers Festival 2012. But I think I’ve been doing it with increasing frequency since 2013.

With new feedback tools on the market, do you think hosting has changed since then?

I wouldn’t say it has changed, as the traditional ways still work. But there’s definitely this new opportunity of including your audience – like in settings where people are usually too shy to speak up. And because it is anonymous, the response is honest. That is very valuable information for the host.

Would you say this immediate feedback is more challenging for the presenter, though?

I might be an atypical presenter, because I love to improvise and to push my audience – probably because I don’t have the “classical” approach to the job. I enjoy having to constantly react to them. But yeah, receiving immediate reaction to your statements is definitely a challenge for speakers and participants in a podium discussion alike.

You are working a lot with the start-up scene. There is a consensus that you should always “ask the customer” when developing your product. Do you think the same applies to presenting?

It’s certainly easier to get the audience to reply to your incentives if you give them a voice. Tools such as feedbackr are great to lower some people’s inhibitions. Take the KMU Ideen-Nacht three weeks ago: We prepared questions then let the audience vote for what they wanted to know more about. That’s a great opportunity to conduct your event. And as a private visitor in an auditorium, it takes a lot of courage to speak up. Voting in an app is much easier and therefore you can count on a more representative response. 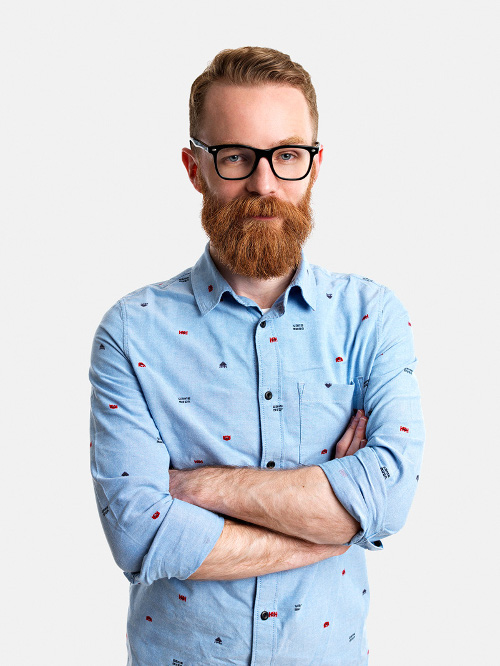 Do you also see new opportunities for presenters?

Yes, because now you’re more likely to get actual feedback. I’ve known presenters who would ask the audience something and would just stop asking when no one replied. As for me, I am used to having a more demanding audience because I come from the start-up scene. If you give up too soon, they don’t take you seriously! So I generally “bother” my audience until they give me what I want. (laughs) But if you are more reserved than that, feedback tools can help the dialogue in your presentation.

What new programs or settings can you think of that become possible thanks to feedback tools?

There is a thing called “real time sentiment”. It means being able to ask people in real time what they think, how they feel, and directly respond to it. That is very interesting in an open discussion: You can, for instance, survey the mood in the audience before and after an argument then see if and how opinions have changed. It’s an interactive way of making conversation with a crowd that definitely leads to new insights. Say, there is an issue you’re not particularly into, and there’s this great keynote speaker who succeeds in sparking your interest and engaging you – then you might change your mind.

Exactly. Take an example from politics: The country’s chancellor is speaking about new business laws supporting start-ups at the beginning of their career. And the majority of the audience are founders. You could do a simple live questionnaire before and after: Did he convince people? Have the overall mood and expectations changed? Why, why not? It would also make a great tool for interpreting pre-election TV duelling and the like. I think this is a thrilling new opportunity to analyse communication patterns.

But what if it’s not just about rhetoric and some people think, “he was convincing, but I know the facts and I still disagree”?

Daniel Cronin is an entrepreneur, lecturer, presenter and co-founder as well as member of the board for the non-profit platform AustrianStartups. He studied Business Administration and wrote his thesis on mobile marketing. Whenever he’s not on stage, he’s advising start-ups, lecturing at various universities in Austria or walking his dog – he’s quite good at that according to his dog.

Of course, that is another possibility. But what’s so valuable in any case is getting a diverse feedback. The ones speaking up in a plenum are usually those completely in favour or completely against what someone said on stage. The ones with “sort of an opinion” don’t usually voice their thoughts. With a voting app, they become visible and you get a more representative feedback.

Thank you for your time and all the best with your multitude of projects, Daniel!

7 Common presentation mistakes (and how to avoid them)
We use cookies to ensure that we give you the best experience on our website. If you continue to use this site we will assume that you are happy with it.Ok
Scroll to top