Martin Ebner, lecturer for e-learning technologies at TU Graz, has been one of the first influencers of feedbackr. As an expert in his field, we asked him: what does the future of education and online learning hold?

Martin, you were a major influence to the founders of feedbackr back when they were still at university. How did this come to be?

The main objective for the app was to make mass interaction in the auditorium possible. With 600 people in the room it’s impossible to ask and respond to questions. So we needed a tool which lets you ask everyone at once, but also gives everyone a chance to reply. Clicker systems were not attractive because of cost and administrative effort. The fundamental idea was to make it work with mobile phones.

One of the recent entries on your e-learning blog explores how questions are helping studying success. Is that were you were coming from?

Studies show us that asking questions and resolving the right answer results in lasting learning success. I use the tool for key points that I really want students to remember. Also, at the time of posing the questions students are usually very alert, which positively breaks up the lecture.

What are didactic advantages and disadvantages?

Even the best students have an attention span of about 20 minutes. After that, it’s hard to stay focused. Despite pedagogics having told us so for years, we still stick to lecturing for 90 minutes straight at university. Feedbackr is a great way to take a break and tackle the key points of the subject. On the downside, every interruption causes a stir in the auditorium. If you take these breaks, you have to be able to refocus everyone afterwards.

What are you currently researching on?

Many things! I’m not actually a researcher but the head of an organisational unit for e-learning at TU Graz. Our scientific fields are mainly mobile learning, open educational resources, learning analytics, forms of interaction and the possibilities coming with them. We’re very invested in recognising patterns. For instance, we analyse patterns in MOOCs (massive open online courses) and then use algorithms to understand how learning works and how we could improve it individually. 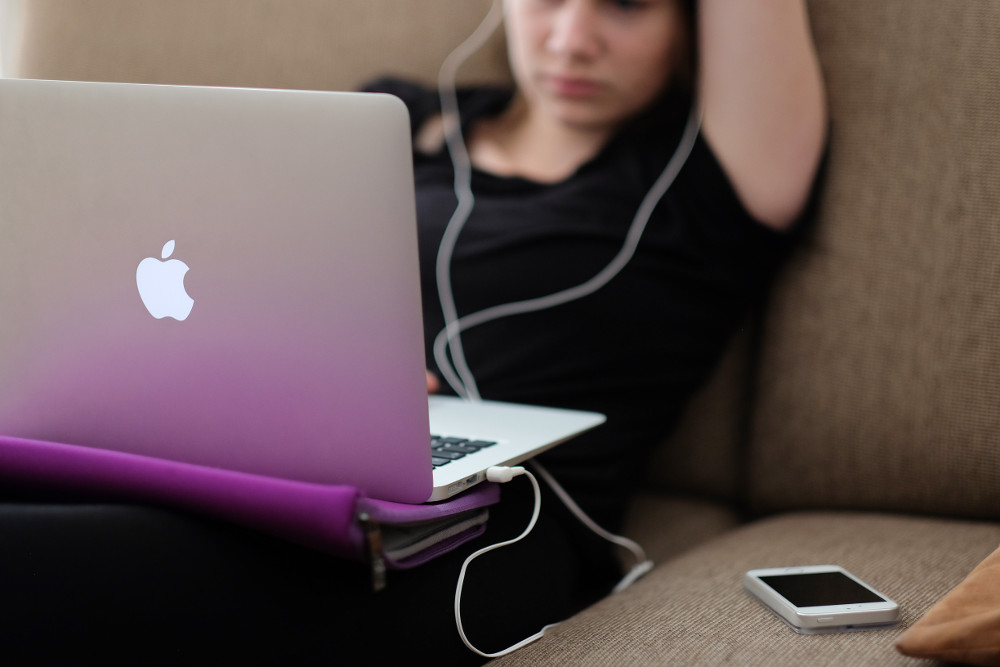 The future of studying? According to Martin Ebner, learning technologies are going to improve “offline learning” just as well.

So e-learning is never going to replace “traditional” learning, but rather help improve it?

Our goal is to find additional benefits, not replace anything that works. If you don’t have to come all the way to Graz and can watch a lecture on YouTube instead, then that’s an additional benefit for you. But no one is trying to remove the teacher from the room! Right now it’s popular to record materials to watch in advance, and then discuss them in the lecture. And then of course you have new didactical tools – such as feedbackr.

Do you have the feeling that students are equally receptive towards the materials even if they’re on screen and not “live”?

That’s difficult. I always say: generation YouTube is yet to come. We have to adapt and get used to new media until it will come naturally to us. However, some subjects really profit from recordings – e.g. mathematics. The exemplified calculation at the blackboard is essential to students’ understanding. And if you record that so that they can watch it over and over again until they get it, that’s fantastic. E-learning supports teaching and learning alike.

Is there any technology that you would have liked to have back in school?

I always say that young people now are better equipped than all generations before them. That opens up new possibilities, but at the same time they take it for granted. Students today don’t understand why things are running the way they are. And we have to repeatedly tell teachers: the blackboard used to be great but there are better options now. An overhead projector has become a museum exhibit to students. Today we have the greatest chasm between teachers and students – and it’s a lifetime mission to close it. Even e-learning is constantly struggling to keep up with students because they know and handle new technologies before we do. 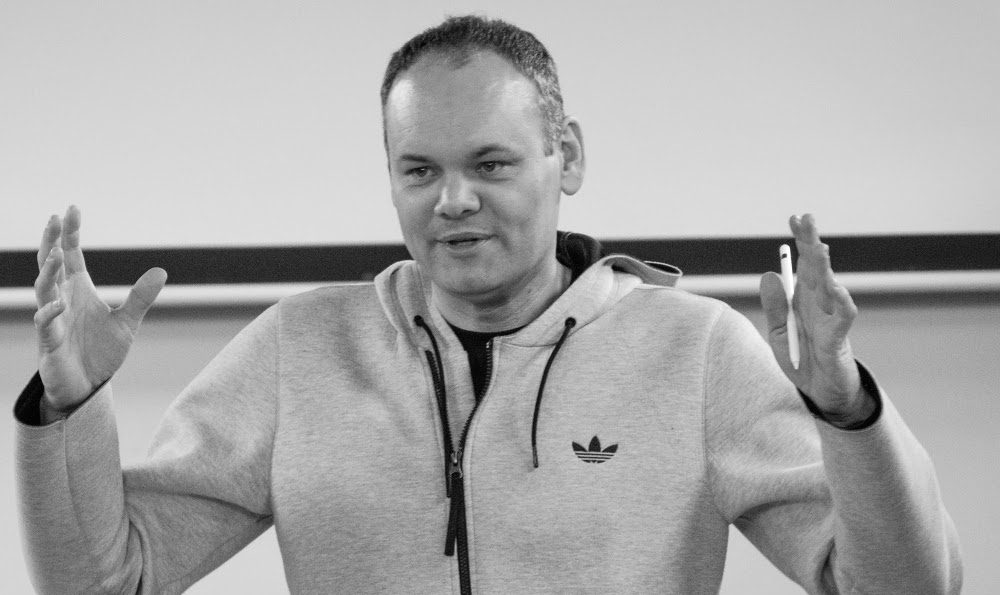 There is a – frankly rather pessimist – view that students’ capacity for remembering suffers, because they can look everything up. Can you confirm something like that?

It is a little more sophisticated. A good example: when the calculator entered school classes, some people insisted students still extract roots mentally. Why? If I know what it is and if my calculator can do it, why should I? Things that used to be basic knowledge are simplified by new technologies. I realise that my son won’t know certain things I had to learn in school because the answers are available on the internet. Now I can insist that “you have to know this stuff”, or I am open-minded towards new challenges this generation is facing. Such as finding and correctly interpreting the information.

And what about the argument that brain and memory “decline”?

If it’s really about the brain, we can just play chess! A long time ago we agreed on what school is and what it is supposed to teach you. Now we are facing an actual revolution. It won’t do to turn a cog here and there. We need to rattle the entire establishment and ask: what do we do now?

So today we should not be testing students on information learned by heart. What should we teach them instead?

Children need media education from the age of six – in my opinion that’s just as important as German or English class. Statistics tell us: ten years from now every kid will have a smartphone. And they need to know what it can do. Otherwise you’re facing all kinds of problems – violations of privacy, of laws, surveillance by companies. It is a powerful instrument and we need to educate responsible usage. You know, back in ‘68 the Americans would have been happy to fly to the moon with a computer such as this! (laughs) And today children carry it in their pockets. Society is not aware of that extent.

Is there anything about these developments that you find unsettling?

What will bug me when I’m older is the loss of privacy. I predict that the next one, two generations will sacrifice protection of privacy entirely, because in their world-view it’s become pointless to try.

Would better education help here, too? 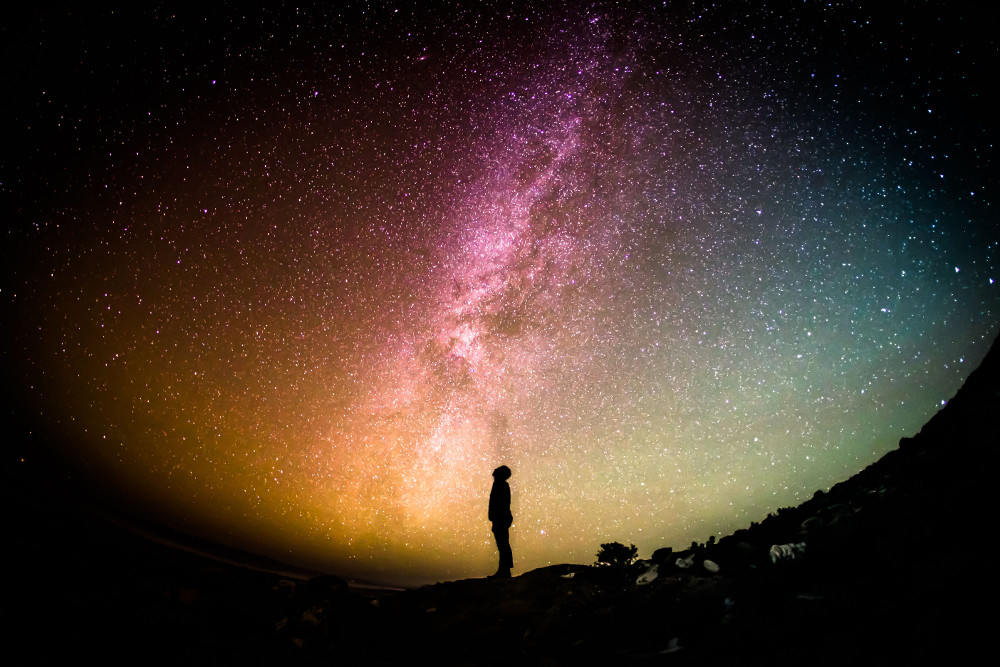 The sky is the limit? The future of education is wide open and needs boundless thinking.

So why a decline in education if there’s new possibilities such as e-learning?

That’s an interesting correlation: the gap widens. It is very hard to reach the lower class, the poorly educated people. Research shows that self-organisation and self-direction are crucial for e-learning success. And that is something neither parents nor children without an academic background can do. It’s increasingly a problem that well-educated folk “tag along” with whatever new developments and technologies arise, and the less educated milieus can’t keep up. Here we need to invest in introducing them to new media in time.

The child prodigy from a small village, learning all kinds of things thanks to the internet, is an individual case then?

Unfortunately, yes. Those are good stories, but they don’t apply to the majority.

This means that, contrary to popular belief, e-learning alone won’t lead to a better-educated world?

No – the prompt would be media education. We have the infrastructure, but people need to know how to use it and schools need to be rearranged completely.

Say they did: how do you envision the future of institutional education?

Martin Ebner is an associate professor (Univ.-Doz.) at TU Graz in Austria. He has been involved with studying research for ten years and published several scientific articles on learning analytics, digital media and e-learning. Since January 2016 he’s head of the Organisational Unit Educational Technology at TU Graz. He loves to think about the education of tomorrow, but envisions his future retirement home will be run by robots.

Knowing facts will be less and less important. The challenge will be: how do I apply knowledge? In terms of creativity and spontaneity, robots won’t be as fast to catch up with us. The economy and society are going to need highly creative people who understand the basics. At university we’re going to need “all-rounders” who can think creatively, who can dedicate themselves to new subjects and are willing to work in interdisciplinary areas.

Thank you Martin, it’s been insightful talking to you!

The benefits of using an Audience Response System and how to introduce it to...
We use cookies to ensure that we give you the best experience on our website. If you continue to use this site we will assume that you are happy with it.Ok
Scroll to top